Maturing as a Deer Hunter

Editor’s Note: Mossy Oak ProStaffer Bucky Hauser lives in Claudville, Virginia. During the early years of his hunting career, he was a multi-state hunter and often hunted 4 days per week or more from October until deer season ended. He hunted on two farms in Virginia and also Canada, taking many fine bucks and enjoying great outdoor adventures. Bucky lived the hunter’s life we all dream of, but after he turned 40, his hunting focus changed drastically.

Before I got married at age 30, I hunted every opportunity I had. When I opened my own business, Hidden by Design, (I bought a Line-X Spray-on truck bed liner franchise), I started hunting about 4 to 6 weeks during hunting season. My wife, Kelly, ran the business and my brother worked for me part-time. My wife was okay with this until we had children. Then I started hunting around home more and only traveling out of state maybe one time per year.

When I first got my business and was able to hunt a lot, I went to the Turtle Mountain in Alberta, Canada and hunted with an outfitter. We had scouted the area we planned to hunt and knew there was a big deer using this region. We stayed in the stand for 13 hours each day, from daylight until dark, 18-miles from camp. The closest road access to my stand was 1-1/2-miles away. About 2-hours before daylight, I was dropped-off at a gate, and then I hiked in to my stand, stayed 13 hours and hiked back to the pickup spot. I hunted that stand for 3 days and never saw a deer until about 15-minutes before dark each day.

We were hunting in scrub oaks, and I am 6’3” tall. I almost could bend over and touch the bottom of my stand. I wasn’t much more than 7 feet off the ground, so I pretty much was skylighted every day in the stand. I believe when you’re hunting from a tree you need an open pattern that blends-in with the sky as well as the tree. Whether I’m hunting at home or on the road, I hunt in Mossy Oak Treestand camo. Our archery season opens a little late, so most of the time when I’m hunting, the leaves have fallen off the trees. Mossy Oak’s Treestand pattern blends in so well with the leaves and the trunks of trees, a deer can look right through me.

The buck I took finally came in late on the third afternoon. There were two big scrapes close to my stand. I had three-different shooting lanes. When the deer stepped into the first shooting lane, I watched him. As he moved to the second shooting lane, I had time to get my bow up and come to full draw. The buck was at 22 yards. At that time, I was shooting a BowTech Black Knight with a Wasp Jak-Hammer broadhead. When the buck stepped into the second shooting lane, I released the arrow. I knew the buck only was an 8-point, but he was the biggest 8-point I’d ever seen in my life. He took the arrow and only went a few yards before he piled-up. That buck scored 158 points as an 8-pointer on Pope & Young. I thought I’d like to hunt in Canada for the rest of my life.

Tomorrow: Mossy Oak’s Bucky Hauser Says to Get Off the Couch and Go Hunting Buck Deer

You’ve got to Get There First
Keeping pressure low is a key to hunting undisturbed whitetails that will move freely throughout your property during legal hunting hours, and stand approach is the “front line” of the battle to keep pressure low.
Read More

Bucky Hauser Tells about His Daughter Taylor’s 8-Point Buck
I have two daughters, Taylor, 13, and Tillee, 5. We have a corn and soybean field behind our house. Taylor’s grandfather, Fred Hill, had come to our house to take her deer hunting. She was 10 at that time, and I had been taking her hunting with me since she was 6-years old.
Read More

Bucky Hauser Explains Trophy Deer Hunting
Bucky Hauser from Claudville, Virginia, has been a Mossy Oak Pro Staffer for 9 years but has been wearing Mossy Oak, since the company began in 1986. “My favorite pattern is Mossy Oak Treestand. I like it because it’s an open pattern. When deer season starts in our area, all the leaves are off the trees, and I primarily bowhunt.”
Read More 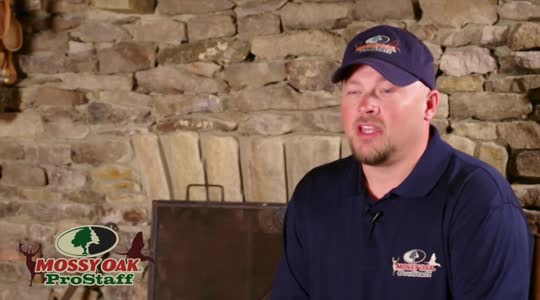 The Best MREs for Backpacking and Camping You Will Actually Enjoy
After a long day outdoors, a Meal Ready-to-Eat (MRE) is your ticket to comfort and nutrition if you get the best brands.
Read More

Broadcasting Corn in Your Food Plot
Anyone with the simple equipment of a broadcaster, sprayer, harrow-drag, and an ATV, can have a corn plot. The wildlife will prosper, it’s really easy to do, and you can name your plot whatever you’d like.
Read More

The Best Seven Braided Fishing Lines of 2021
Two benefits of braided line are the microfibers’ strength and finishing process to make the line extra smooth and robust.
Read More

Surviving in the Wild: What to Do When You’re Lost in the Woods
While you wait for a rescue, keep calm, assess your resources and decide to strike out on your own or stay put.
Read More

Chris Kirby on Hunting Northern Gobblers
You have to be on full alert at this time of the year and use all your senses to try and determine if a gobbler is close to you and not gobbling.
Read More

Creating Edge Cover and Ecotones
All of these options can be done with minimal expense, particularly with a chainsaw, prescribed fire, and herbicide work. Do some research, make a plan, and get to work!
Read More

Hunting Mentorship: How to Prepare in the Offseason
Mentoring a young or even just a new hunter is the best way to pass on the sport and the best practices of the sport.
Read More

First Time Traveling to Canada? An Outdoor Bucket List for Those Visiting
Whether you like hunting, fishing or biking, these locales in Canada should be at the very top of your bucket list.
Read More

The Hunter Chef: Wild Turkey Pot Pie
This recipe is perfect for any leftover turkey meat you might have. Trust us—it’s absolutely delicious.
Read More