30 Years of Mossy Oak: Will Jimeno

Will Jimeno was a police officer for The Port Authority of New York and New Jersey on one of the most frightening and painful days in our Country’s history, September 11, 2001. The Twin Towers in New York City were hit by passenger airplanes commandeered by terrorists. The buildings crumbled to the ground, and only two survivors were rescued from the rubble. Will Jimeno was one of the two.

“My entire left side had been crushed,” he said. “The doctors said I’d probably never walk again.”

Hunting is a passion for Jimeno and in the flood of emotions that followed the events of September 11 – the loss of so many lives, brothers he served with perished, shock and gratitude over his own rescue, wondering if he’ll ever walk again – Jimeno realized that his passion could be lost as well.

“I became very depressed,” he said. “Deer season was a few days away and I couldn’t escape to the woods for a hunt.”

Jimeno was a fan of Mossy Oak TV shows and enjoyed watching Toxey Haas, Cuz Strickland and other outdoors personalities on TV when he couldn’t hunt.

“I admired them,” Jimeno said. “They were regular, down-to-earth guys it seemed. The kind of people I’d like.”

After a hard day of rehab just two months after the attack, Jimeno lamented to his wife about how he may never walk again, much less hunt. In an effort to raise his spirits, Jimeno’s wife picked up the phone and called Mossy Oak. The next day, Jimeno got a phone call that moved and encouraged him.

“I got upset and started to cry,” said Jimeno. “I completely fell apart. I couldn’t even talk.

“My wife took the phone and told Mr. Haas that I was very emotional and to please hold on because I really wanted to talk to him.”

The two talked for a while, which was uplifting to Jimeno and helped direct his mind toward his passion for hunting and desire to get back out there.

Not long after the call from Mossy Oak’s founder, Ronnie “Cuz” Strickland gave Jimeno a call. To help him pass the time in the hospital and get him geared up for his future hunts, Strickland told him he was sending some DVDs of Mossy Oak shows and not only that, when he got well, they’d plan a hunt together.

In 2003, Mossy Oak invited Jimeno and his wife to the Archery Trade Association (ATA) show where he met many of the folks associated with Mossy Oak and the outdoors industry. Something really cool happened there that joined the outdoors community to The Port Authority of New York and New Jersey.

“At that show, Mossy Oak and Primos sponsored a hunt that was auctioned off,” said Jimeno. “The winner got to hunt with me and the Mossy Oak and Primos folks and the proceeds went to the families of the 37 Port Authority officers who lost their lives on September 11, 2001.

“The late Dick Kirby of Quaker Boy Calls won the auction. Due to Mr. Kirby’s health issues, it wasn’t until 2005 that we finally went on that hunt in Alabama. I shared camp with Mr. Kirby, Toxey, Cuz and the camo cameras. From that point on, I’ve enjoyed a relationship with the folks at Mossy Oak.”

At the time of this writing, it was at the halfway point of Mossy Oak’s existence that Will Jimeno became a friend of Mossy Oak. He has been invited to events to speak at Mossy Oak’s request, he’s befriended people he never would have in the outdoors industry and beyond, his heroic and harrowing story became a Oliver Stone directed film that grossed $162 million worldwide.

Though Jimeno received encouragement and uplifting from the folks at Mossy Oak while recovering from his injuries sustained on September 11, it is Mossy Oak that is encouraged and grateful for the fight, the bravery and the friendship of Will Jimeno. The common bond, the passions that brought the two together, is love of Country and love of the outdoors.

As Toxey said, “the thing that I’m proudest of is not the growth of the business, but the relationships, the family within the Brand today. People really are what are most important.”

What has made Mossy Oak tick for the past 30 years are the relationships made along the way. During a time when many felt helpless, a simple phone call at a desperate moment led to a valuable partnership with Will Jimeno. Thirty-seven families received much-needed support when their lives were shattered on September 11, 2001. People matter most.

Will Jimeno: 9/11 First Responder and New Author
The beautifully written bilingual book tells story of Jimeno’s life, from immigrating from Columbia to the United States as a young boy to becoming a police officer in NYC to heroically saving lives after the attack on 9/11.
Read More 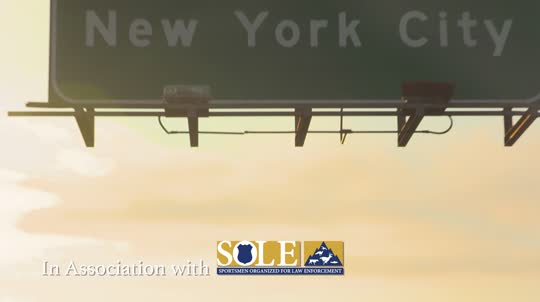 Top 10 Advantages Of Saddle Hunting
Have you ever wondered why many bowhunters have converted to saddle hunting when hunting deer? Have you ever wanted to learn how to bow hunt from a saddle yourself?
Read More

Dove Hunting: The Unofficial End of Summer
In the South, dove season is considered “the unofficial end of summer” and beginning of fall. It coincides with the beginning of college football season and, for many, is just a good time to start “tailgating.”
Read More

FREE Dove Target to Prep for Opening Day!
Opening day is right around the corner. Make sure your shotgun pattern is on and you're ready to go by downloading and printing our free Mossy Oak Dove Target! DOWNLOAD THE PRINTABLE DOVE TARGET HERE! For lightweight camo and brand tees for opening day, visit The Mossy Oak Store .
Read More

Fly Fishing for Iceland Brown Trout: Bucket List Trips
Fishing in Iceland is some of the most restricted in the world. I checked into trying to pack my own gear and fishing what looked good, but research showed me it was just best to hire a guide who handles the “beat” system.
Read More

3 Top Shotguns For Dove Hunting
Dove hunters prefer not to be shown up by their fellow shooters while trying to keep up with fast-moving targets. One way to polish their technique and shooting performance is by improving the quality of the shotgun.
Read More

Targeting Over-Slot Redfish
For saltwater anglers, redfish present a wide range and variety of situations in which to target the same species of fish.
Read More

Hunting for Arrowheads and Ancient Artifacts
From a hunter’s perspective, finding an arrowhead is awe-inspiring - to actually hold a weapon used by an ancient archer.
Read More